Not Even Almost Chosen 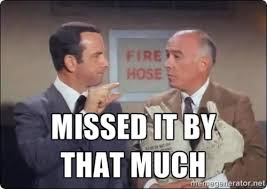 “[H]is almost chosen people.” Ever since learning this provocative phrase spoken by Lincoln about the US in 1861, I’ve used it. “Almost chosen” sounds like “nearly chosen” or, in the immortal words of Maxwell Smart: “Missed it by THAT much,” as he held up thumb and forefinger in close proximity. But THAT was always a gross understatement.

Based on the historical record, the claim to chosen-ness is an opening to trouble.

Some of you reading this may already have been “there” for a long time. However, permit me to follow a trail of breadcrumbs. That trail leads me to believe that a “chosen-ness” story and vocabulary are far more widespread than Christian nationalist pulpits, pundits, and militias. The claim to being a chosen people is more mainline, and more insidious, than you might think.

In Christianity’s nascent decades, the Jesus movement(s) and Judaism separated. Early Christian writings used the stories and vocabulary from the Hebrew Bible. Writers appropriated the claim to be chosen, God’s holy people, and the foundational narratives of Exodus were prominent. Paul, in Romans 9-11, cautioned Gentile Jesus followers to be humble in their claims, for they were wild twigs grafted onto an already ancient tree. The roots were not theirs. Non-Jewish Jesus followers (Gentiles) are fortunate to be included.

However, the Christian movement did not heed Paul’s caution. Christian supersessionism—the claim to eclipse Jews as God’s chosen people—followed. Christianity soon acted as if at the root of Judaism’s tree was their Jesus and Jews had been cut off.

In the 4th century, Emperor Constantine legalized Christianity. Later, Christianity became the sole legal religion of the empire. The persecuted became the persecutors. Supersessionism gripped the sword. Christians were God’s chosen people. Whether alternately tolerating and banishing Jews or waging crusades against Muslims (as well as against the wrong kind of Christians), imperial Christians were God’s holy people. Enemies of the empire were enemies of Christ, and vice versa.

In the 15th century, both before and after Columbus’ voyages, papal bulls declared the right and duty to conquer, convert, and enslave non-Christians and those in any lands “discovered.” The doctrine of discovery benefited God’s chosen people.

During the Protestant Reformation, Western Christianity splintered. I’d wager every splinter group clung to the belief that they were chosen. Some of the splinters understood themselves as chosen and set apart from the world; they wanted only to be left alone.

Some understood themselves as chosen to conquer and reign supreme. That was absolutely the case for Spanish and Portuguese colonizers. It was clearly also the case for what became British North America. Conquest might have been motivated by naked material reasons—land and cheap labor—or by the desires to evangelize and purify the “howling wilderness” and its “pagan” peoples. But “chosen to conquer” was a motivation abundantly clear.

First a trickle and then wave after wave of colonist settlers sailed to the Americas. Whether or not they ever heard of the doctrine of discovery, most understood themselves as superior to, more deserving of, more chosen than the native peoples. The conquering began. And from 1619 forward, they brought enslaved (conquered) Africans for the use of God’s chosen: for white, Christian, Americans.

The Exodus narrative became a primary religious warrant to break from England. But it could not have been a proffered reason to rebel against the mother country if the belief in chosen-ness had not been so powerful already. Colonial preachers and politicians located their time in the Exodus event per se: God would help them escape Pharaoh’s bondage. Chosen.

Jonathan Edwards, one of the leading preachers of the Great Awakening of the 1740s, believed God was lighting a new evangelistic fire to burn across the world for Christ, and America was the starting place. American Methodism’s first bishop, Francis Asbury, thought America was uniquely situated in the world to export Christianity globally. That mindset was carried like a virus by missionaries into the 20th century and, for some churches, to this day. The origins of the modern ecumenical movement included the quest to “evangelize the world in this generation.” Chosen.

One of the actual reasons for revolution was that American political leaders wanted more of the continent and British leaders opposed that move. After the revolution, colonist settlers poured over the Alleghenies. They, with the religious warrants they drew from Christianity, conquered, converted, or expelled native nations. The chosen people deserved the land. By the time of the Mexican American war, political and religious leaders declared it was white Christian America’s “manifest destiny” to occupy the continent, shore to shore. Chosen.

During the Civil War, fought due to the presence of and conflict over the expansion of chattel slavery and all that institution represented, both North and South claimed to be the true Christians, chosen to defend themselves and their God-ordained way of life against the heretical other.

After the Civil War, the white rebellion against Reconstruction, the wars of extermination against native nations, and the Spanish American war were rooted in claims of chosen-ness. White. Christian. American. Chosen.

For the sake of time and space, I’m going to jump forward to the present day. Christian nationalism and white Christian supremacy are grounded in chosen-ness—grounded at the level of gut theology. But just as it is a mistake to limit racism to people with white sheets and hoods in their closets, it is an error to confine a sense of chosen-ness to nationalists.

Every time a prayer is lifted, a song sung, a sermon preached, a blessing invoked, a U.S. flag given stage-right prominence in a worship space—we should sniff out if there is a smell of chosen-ness. If the ask of God in any way lifts the U.S. above the world, “chosen” has been invoked.

I am increasingly troubled by any invocation of chosen-ness, even “chosen for special responsibility.” I say this because the history of Christianity when Christian is the dominant demographic, and the history of the U.S., are clear: the nation has closely tied the claim to be God’s New Israel, God’s Exodus people, with conquest.

I’ve written previously that the Exodus-wilderness wandering sequence could hold potential for re-working both Christian and American narratives. But the pervasiveness of Christian nationalism (which blends or merges Christianity with nationalism as if the U.S. is supposed to be God’s successor to the promises and laws first covenanted with Israel), in soft (“and God bless the USA”) and in hard forms (“take America back for God”), is increasingly giving me pause. I am troubled by more than the January 6 insurrection. I am troubled by the tight braid of Christian chosen-ness and American chosen-ness.

The U.S. is one nation in a world of nations, all under God. I can back that claim. All the world’s peoples are God’s peoples, no one more than another. Measuring a nation’s righteousness by how they treat the most vulnerable members is a plumbline for all nations. I can embrace that claim. I’m not saying that Amos’ call for “justice to roll down” does not apply to the U.S. But that claim does not apply exclusively to any nation.

But any claim to chosen-ness today that carries a gene of authorization to conquer others is a danger to the well-being—and even to the being per se—of the human race. The U.S. needs a new narrative. I hope Christians can contribute to that story in a helpful way. The new narrative has to embody a hopeful purpose that does not include the claim to be God’s chosen.