The Morality of a State Budget

A lesson I learned in a church administration class 40 years ago is: a church budget is a moral document. Decisions regarding why and how to ask for money, and which ministries are funded—or not, are all moral decisions. 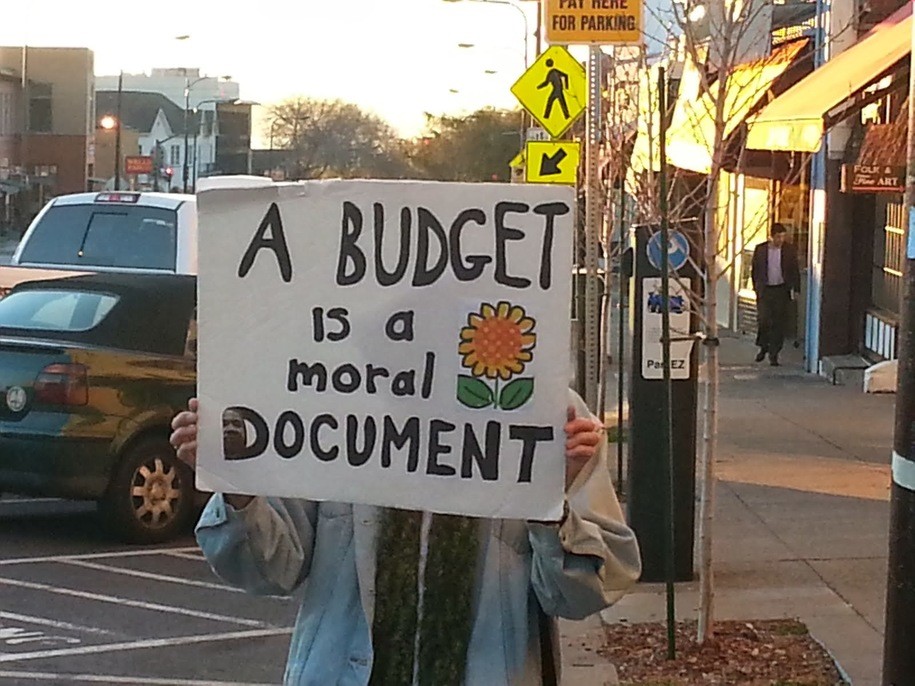 A state budget is also a moral document. A state budget represents conflicting decisions and interests, cobbled together, seldom pretty and never satisfying. That said, if you want to know how a state views its priorities—including who and what state government is for, and what the state’s role is in ensuring the welfare of its most vulnerable populations—look at budgets.

I invite religious congregations and other interested parties in Oklahoma to join in a project to develop, promote, and encourage the use of a set of moral principles for a just Oklahoma budget.

This project is the beginning of a long-term effort to influence the culture from which policy decisions and legislation are derived. In other words, the project’s work is upstream of the formal political process.

My opinion as a Christian who has lived in Oklahoma for a total of nearly 23 years is this: Oklahoma’s social fabric is too thin. Too many persons, families, and groups live needlessly in poverty, suffer from poor health, and endure dangerous living conditions.

We tolerate systemic racism, toxic individualism divorced from healthy communities, and gross inequities. Historically, we have enabled corporations to extract and export the state’s natural resources without considering the long-term impact of that exploitation on the air, water, and soil on which our lives depend.

It does not have to be this way.

I welcome feedback on the following statements and learning of your interest in the project: crpl@ptstulsa.edu.

Our faith traditions require us to be particularly attentive to and protective of people across the lifespan who live in poverty and who are most threatened in difficult times.

Moral principles for a just budget apply both in times of economic prosperity and of adversity. The principles are especially important in difficult times when the pressure for austerity and sacrifice can result in greater burdens laid on the backs of the poor and vulnerable.

Decisions to raise revenue, invest, and spend should strive to actualize these four moral principles:

Evidences of a Just Budget

Enacting a just budget creates a virtuous spiral. A just budget, invested and expended over time, would lead toward a prosperous state evidenced by: