The Good, the Bad, and the Ugly of Doing Theology in Public 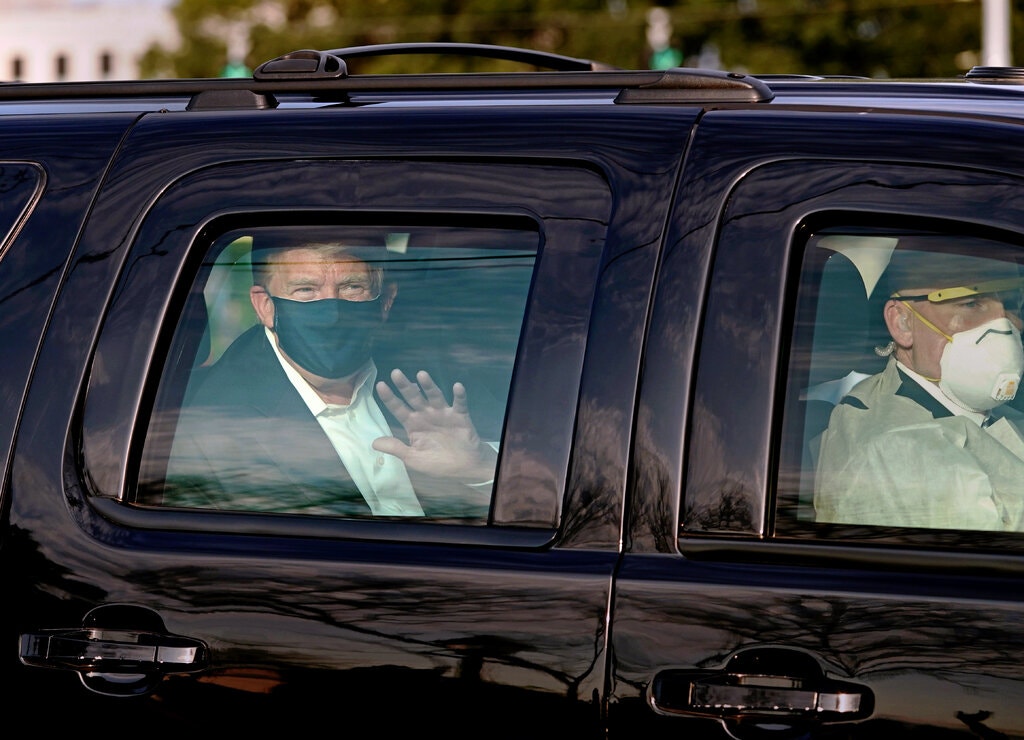 If you want to know the range of what kinds of public theology residents of the U.S. are doing, we live in a glorious time! Here are a few examples of theologizing I see around us, mostly around COVID-19 and the president—a little good, a lot bad, and some really ugly. The president’s recent diagnosis, hospital stay, and personal response to the virus have generated bushels of theologically-infused commentary.

The dogma is apparently very strong in us. Regardless of any new events or newly discovered facts, people fit the new into their existing narratives, no matter how tortured those narratives become.

Speaking of tortured narratives, there are the QAnon conspiracy theorists. They saw the president’s hospitalization as part of the master plan to root out and destroy Democrats who are child molesting cannibals. The avenging angels would carry out their work while their hero was in the hospital. One pundit proffered that the Democrats infected his microphone at the debate and mused why so many Republicans contracted the virus while Democrats did not. True believers look past stupidly simple answers like mask wearing and that Dems don’t attend the president’s rallies and fundraisers.

For the Christian Right supporters, the president is hero or messiah. As hero, the president has unparalleled genetics. Some supporters post memes of his head on the body of someone like the Rock (who, by the way, was knocked to his knees by the virus). The quick release from the hospital proves their point. Pay no attention to the extraordinary level and range of treatments and care available to virtually no other human being.

For those who think he is God’s anointed, the messiah: he president is protected by God, although God may have given the president COVID in order to humble him prior to his exaltation after the next election when he will complete the work God has begun in him. For other commentators, the devil, in cahoots with Dems, is working to neutralize the president—but God always has the last laugh.

The president himself echoed the angelic messengers in the New Testament when he left the hospital: don’t be afraid of the COVID, as if one had come back from the dead. I wonder how that line plays with the families of the nearly 210,000 persons in the U.S. who have died, or the other 800,000 grieving families worldwide. Lots of weak genes, or a God who cares unevenly?

(You can read the sources behind the above comments at Right Wing Watch.)

For those who opposed this president’s policies, I’ve read multiple versions of karma or “an eye for an eye.”

Nearly everyone on this side sees logical consequences at work. Organize dense mass gatherings. Eschew, and sometimes ridicule, mask-wearing. What you sow is what you reap.

Some people think he deserves to suffer and die. He does not exhibit care for the people around him, so he does not deserve compassion.

Others are kinder: they recognize his humanity and wish he would return to health, but only after a prolonged recovery.

Perhaps the most generous and theologically responsible (in my opinion) take I read was this: the image of God animates all of us, regardless of how far we’ve fallen or how occluded that image becomes by the way we live our lives. But grace does not mean there are no consequences for our actions. While wishing him a full recovery, that recovery would also allow the time necessary to face the consequences of one’s actions.

Finally, I recall a comment from my seminary days. My pastoral care professor spoke about suffering and compassion. He mused about the mystery of suffering. Why is it, he asked, that some people suffer and become hateful, and others suffer and become deeply compassionate. The capacity for compassion is often largest for those who have suffered profoundly, but suffering can also harden one’s heart. And then a fortress of dogma protects that brittle, and fragile, organ.