Christian Nationalism May Be Different, and Closer, than You Imagine

“From the days of John the Baptist until now the kingdom of heaven has suffered violence, and the violent take it by force.” Matthew 11:12 (NRSV)

Taking Back America for God: Christian Nationalism in the United States, by Andrew L. Whitehead and Samuel L. Perry, is promoted as the best book on the topic available. I am about halfway through it. The research base is excellent. The categories they create are meaningful. Their questions are important.

Here is the heart of their perspective:

“Simply put, Christian nationalism is a cultural framework—a collection of myths, traditions, symbols, narratives, and value systems—that idealizes and advocates a fusion of Christianity with American civic life.” But the authors do not mean any particular kind of Christianity. “On the contrary, the ‘Christianity’ of Christian nationalism represents something more than religion….[It] includes assumptions of nativism, white supremacy, patriarchy, and heteronormativity, along with divine sanction for authoritarian control and militarism.” (10) 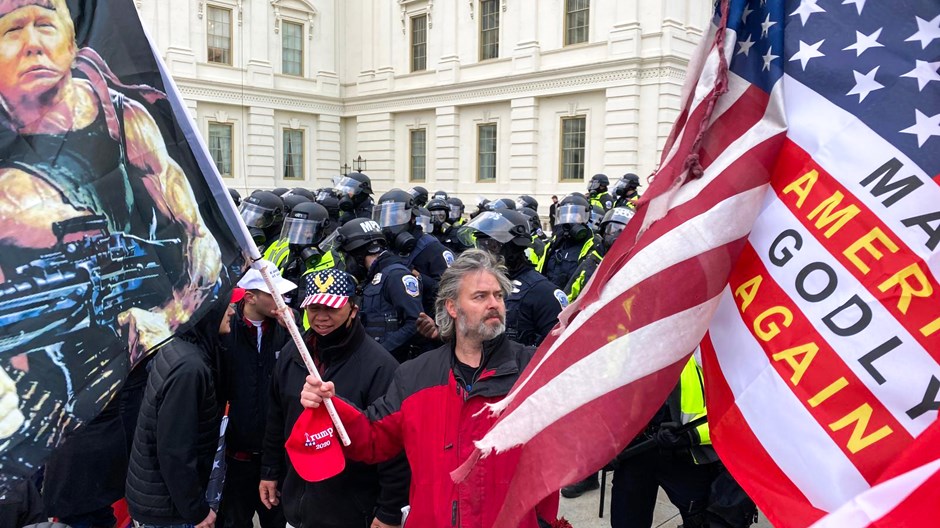 In what might be a surprise or at least new to some readers, the authors claim:

To oversimplify Whitehead and Perry’s work by some exponential multiple: Christian nationalists believe either that the nation was founded as a Christian nation and must be taken back for God, or that the U.S. was at least supposed to be a Christian nation but no longer acts like it. In either case, declension is part of the story. In Christian theological terms, there was a time in America that was better than now. Currently, the nation is “fallen.” And for the “true believer” Ambassadors, God’s people are authorized agents of God’s holy violence to take America back.

The authors argue that support for Christian nationalism accounts for who voted for the former president more strongly than race or religious adherence. For example, it is not white evangelicalism per se that aligns with voting patterns. “It is the fact that there are more Ambassadors and Accommodators among white evangelicals that creates … differences between religious traditions.” (67)

Here are some questions and comments the authors have raised for me, thus far:

In other words, what would it mean to act like an anti-Christian nationalist, and what are the strategies and tactics Christians should employ in order to dismantle this heretical, damaging “ism”?